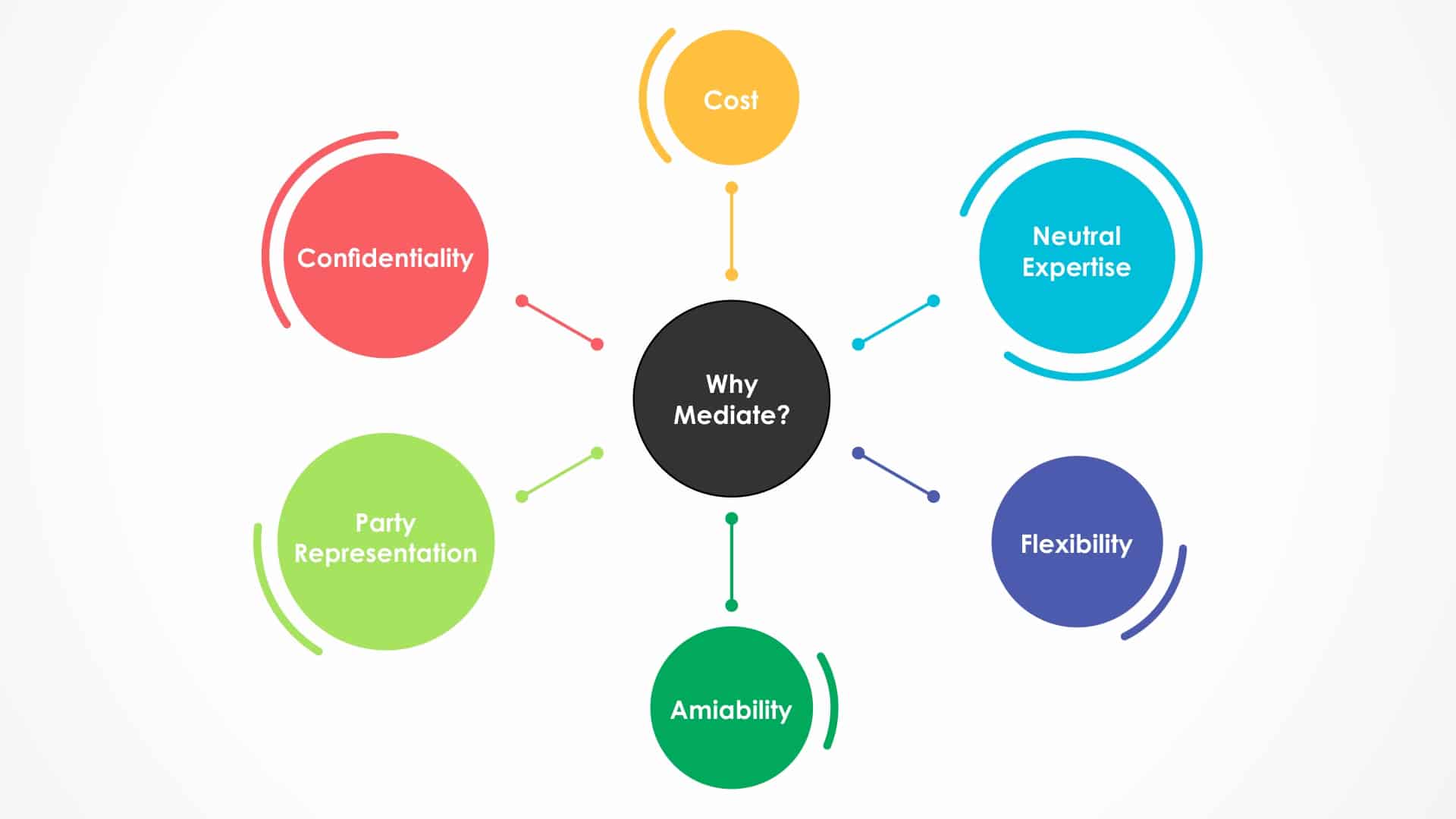 Be it through pressure of confinement, non-fulfilment of obligations in a contract, unemployment or divorce, global citizens have felt the weight of this pandemic both at home and at work. The ground has shifted from under our feet and both people and corporations have increasingly turned to mediation to sort out their differences. Here are some of the reasons why mediation has led to better outcomes:

1. Moving away from winner-loser absolutes (creating the win-win)

Litigation is known as an incredibly hostile court environment where you are represented by a lawyer and the matter is adjudicated by a Judge. To some extent the Judge’s hands are tied by written law and precedent when it comes to the relief that he is allowed to grant the Plaintiff (the person suing) in any given lawsuit.

In contrast, mediation is a less formal, voluntary process where a neutral third-party mediator assists you (at times with lawyers by each party’s side) to find common ground and negotiate a settlement. Parties are free to agree on the terms of settlement, and the scope or structure of any such settlement is not restricted by written law or precedent. This gives you substantial control over the process and can lead to more satisfying, and even mutually beneficial outcomes.

2. Keeping the details of your dispute confidential

Integral to the mediation process is the understanding (which is usually reflected in a written agreement) that every participating party, including the mediator, is not to disclose the details of your dispute to any other third party not involved in the mediation. This ensures that you can keep your conflict and disagreements private and away from the glare of the media (newspapers, television etc.)

One of mediation’s prime advantages is its potential to preserve the relationship between parties. You might find it too extreme to sue a close friend, colleague or family member with whom you’ve fostered a long and meaningful relationship with. Identifying your differences and inserting mutually agreed terms which enable the relationship to subsist within the settlement agreement is something that allows parties to focus on the future.

4. Cheaper and quicker than court litigation

Mediation is often offered at a fraction of the cost of full litigation proceedings. Instead of having your lawyers file documents and run the case for what could potentially end up being a few years (and being charged for their time) – the entire dispute process can end as quickly as within a month (for cases which are not too complex).

5. Shifts in the national and international dispute landscape

The onset of COVID-19 has caused the Singapore government to impose, among other things, a temporary moratorium on certain types of legal actions and temporary changes to requirements for insolvency and bankruptcy proceedings. Parties who have been forced to hold back on commencing a lawsuit also face the issue of increasing court backlog due to how the pandemic caused the Courts to postpone hearing dates.

Mediation has hence been become a more attractive option for parties to obtain a quicker and more satisfying resolution to such disputes.

The Singapore Convention on Mediation also came into force on 12 September 2020, which ensures that mediated settlement agreements (typically signed when parties successfully settle during mediation) for cross-border business disputes can be enforced in all nations which are parties to the Convention (as of 14 September 2020, there are 53 signatories).

What Is Reverse Takeover ?