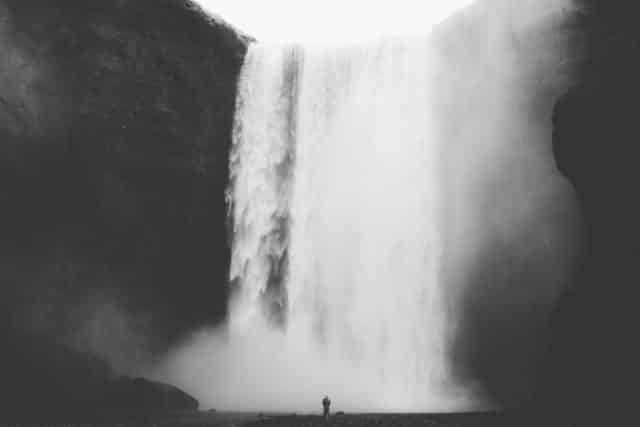 I read the story of Google-backed Chinese tech startup Mobvoi’s travails with Chinese smartphone giant Xiaomi. The crux is how the nascent startup was so excited to partner with Xiaomi that they did not bother securing a proper, written contract before starting the project.

After three months of work, which involved “combined PR” and the integration of Mobvoi’s speech recognition technology into Xiaomi’s smart TV, Xiaomi finally sent a formal agreement, one that essentially forces the startup to lose all rights and provide free service for three years.

As a lawyer who has worked with many young startups, this story is strangely familiar.

With the growth potential that big brands could offer, monetary- and public image-wise, small businesses rush to work with them and tend to overlook very basic legal procedures designed to safeguard their interests. They often assume that these organizations are trustworthy. I call this phenomenon the Big Brand Illusion, and it can turn out poorly for small players.

In most cases, they are so hungry for the work that they ignore or sign blindly on the terms given to them by the big brand. They often harbor the mentality that they do not have the power to negotiate terms, so why bother to review the contracts written by the big brands? They dare not and will not express their own terms for fear of losing the deal.

What is not known is that laws are always enacted to protect the small guys, but big companies stick terms in their contracts which state that the small company have “agreed” to waive their protection.

I have a few case studies to share that should illustrate the importance of agreements.

Case A: Breach of patents

My client was a design firm that was hired to design fully reclining first-class seats for Airline A. This was in a time where a competing airline, Airline B, was also rushing to be the first in line to put out these sort of brand-new seats in the market.

I told my client that this clause had two important parts. The first was around the originality of design and the second one was the indemnity of IPR. While my client could guarantee and represent that the design was indeed “original,” they would not be able to guarantee that the “original” design would not be in breach of any IPRs. It should be the airline, with their vast legal resources, to do the due diligence and check whether the design would be in breach of other people’s IPR.

My client heeded my advice despite the airline’s lawyer insisting that no other service provider had ever had an issue with their service agreements before and were prepared to forgo the deal even if the airline did not change the clause. In the end, the airline relented. The clause was changed and my client proceeded with the work.

After the seats were launched, news broke that Airline A was sued by Airline B for “breach of patents.” My client called to thank me for my advice, which essentially saved them from being caught in between the two airlines.

I was representing a small local waste paper collection company that had grown very big and a semi-government organization wanted to acquire them.

In the course of review, I cautioned the client about a clause in the sale agreement that required them to guarantee a certain collection quantity to supply the larger organization’s production needs each year. The effect of this guarantee would have meant that my client and their staff would have to stay on and continue working despite selling out their company.

In a peculiar turn of events, the semi-government organization invited my client to go for an all-expense-paid holiday and bonding trip to Australia, which they accepted despite my objections. Upon their return, I was told that they would discharge as their lawyer and conclude the deal with the government organization.

A few years later, I met the wife of this client and I casually asked how was their retirement and what new projects they were doing. I was not surprised when she told me that they were still working for that same semi-government organization. As predicted, they were working long hours to make the collection targets each year.

In this last case study, my client was a general contractor who frequently secured contracts from semi-government agencies to secure electrical fitting and plumbing in government-owned buildings.

When they win a tender, they sign standard contracts issued by these agencies. There was a renewal clause which stated that at the end of the term of the contract and before the new term, my client was supposed to replace all the light bulbs in the building, regardless of whether they need replacing or not. This was probably a preventive measure.

It turned out that the client signed blindly and was not even aware of this clause until the time of renewal. The semi- government agency called on the clause and they realized that the cost of changing every bulb in the buildings would come up to US$1 million.

I was engaged to litigate and I intended to use the Unfair Contracts Terms Act to say that the clause was unreasonable on account of two things: (1) the client was not made aware of the size of this liability versus the contract sum, and (2) the clause was unclear as to whether the intent of changing the bulbs was preventive or not.

When this line of argument was made known to the government agency, the matter ended up being settled privately at the Singapore Mediation Center, and the client averted the costly liability and even the costlier trial by paying a considerably lower settlement fee instead.

The above case studies all show that small businesses should remember to use the law of the land and get proper contracts drawn up, with acceptable terms and conditions for all parties involved. They should also carefully read any legal agreement and seek clarity or counsel if anything is amiss or unclear before signing on the dotted line. Negligence when it comes to these actions puts both the business and the people in the business at risk.

Remember, the devil is always in the details.

This article was first published on TechInAsia on 10 May 2017. Click here to see the original article.

5 Things You Need To Know About Online Content & Copyright

The Faith In Values

Don’t Lose Your Business In This Crisis!