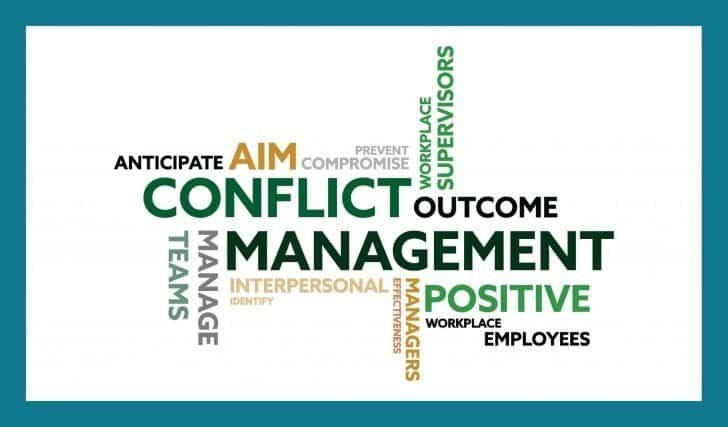 I often get a quizzical look from SME (small and medium sized enterprises) owners when I ask them whether they know the difference between “conflict resolution” vs “conflict management”.

It is tragic that after more than 26 years of advocating for people to prevent conflict, many will still attend at our law firm for us to assist them to resolve their conflicts. Conflict management is the art of preventing or mitigating a conflict. This is not only lost on the business community but also the majority of litigation lawyers.

At the heart of VanillaLaw®’s philosophy, it is to advocate for the prevention and management of potential conflict before they occur. We believe this is a sure way of reducing legal fees, which is of paramount concern to all our clients – bar none! In this sense, we would like to share what we like to call the “3Cs” of conflict management.

“PEACE IS NOT THE ABSENCE OF CONFLICT,
BUT HOW TO HANDLE CONFLICT PEACEFULLY”
RONALD REAGAN

THE 3Cs OF CONFLICT MANAGEMENT

First, you will need to be able to identify what are potential causes or flashpoints of conflicts in any relationship. At the negotiation stage learn to communicate openly, by asking questions and learning more about the other person. Many people make the mistake of just “selling” themselves, their goods or services. It is also not rude to ask questions. But, sometimes I agree that our Asian culture can make this exercise difficult.

I recall many years ago in a joint venture between a local contractor and a Korean contractor. They wanted to partner to tender for a particular project in the new Changi terminal (at the time). The Koreans had the know-how and our local contractor (whom I was acting for) had the requirements to tender for such a large scale project to the government of Singapore. My clients were initially skeptical about lawyers getting involved in such a
large scale joint venture. they believed lawyers are “deal breakers”. They believed would be fixated on crossing the “Is” and the “Ts” I would not know how to negotiate a win-win.

“My clients were initially skeptical about lawyers getting involved
in such a large scale joint venture.
they believed lawyers are “deal breakers”….to overcome…the problem,
they proactively tried to reduce the roles of the lawyers to mere draftsmen”

My clients also knew, that handling the joint venture themselves would be reckless. They were in a dilemma. Therefore, to overcome the dilemma, they approached the problem by dictating to me what to do, by being prescriptive and directing the entire process. They hoped that would reduce my role as the lawyer to that of a mere draftsman. In order to win
the trust of my clients, I allowed my clients to dictate and direct me at first. But, it was soon painfully clear that they were fumbling, because they were not even aware of potential conflict areas in the joint venture. (Unlike the Koreans who were more savvy.)

Eventually, my clients trusted me to take over the negotiations, which started by seeking to understand the Koreans point of view, their anxieties and goals. We then shifted to doing the same for my clients. The contract which was eventually drafted was a combination and alignment of BOTH their point of views, anxieties and goals. Thankfully, they secured the
contract and I believe the partnership was a conflict free success!

Honestly, I am exhausted trying to explain to SME owners there is no such thing as a standard contract templates. Reviewing of contracts is also not a reading exercise of correcting grammar, typo errors or advising you that this is a standard clause.

“there are no such things as a standard contract template”

While there may be standard clauses and a framework for any particular contract, the clauses must be customised to suit the context of the intended relationship and transaction.

My role as a lawyer is to anticipate the usual conflict flashpoints that may likely occur in any given type of relationship and transaction. The client’s role must be to tell me, whether I am right in my assessment and whether there are others which are more peculiar to your industry.

Like the example above a well written contract serves as a very good piece of “insurance” in conflict management and prevention. It is certainly far better than oral contracts and contracts made based on relationships and “trust”; what the Chinese like to call “Guan Xi”.

As a litigation lawyer with more than 26 years of experience, I admit (in the earlier days of my practice), I was guilty of promoting the courts as the only avenue to resolve disputes. But since being an accredited mediator (SIMI) and an Oxford University trained negotiator, I have come to see the immense value of a negotiated settlement. It is infinitely cheaper and
time saving for all parties involved in the dispute.

“ I have come to see the immense value of a negotiated settlement.
It is infinitely cheaper and time saving for all parties involved in the dispute”

That is why I continue to advocate for parties to include mediation as the first and primary choice of dispute resolution in all their contracts. This is especially so for business people, because they get certainty of results and the matter can be resolved in a private and confidential matter.

If you liked what we have shared, please reach out to us HERE

The California Fitness Saga: What We Can Learn From Futures Contracts